Huge amounts of energy are needed in desalination industries for the process to be feasible.

This energy supply can be met by various energy sources, the most common raw material being used is oil. To produce 1000 m3 freshwater per day, 10.000 tons of oil per year is required, about 27 tons of oil per day.

Combining thermal desalination with solar collectors saves both cost and emissions from oil usage and provides a renewable and competitive option for desalination. 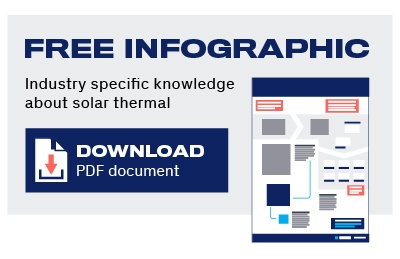 The largest desalination company in the world, the state-owned Saline Water Conversion Corporation (SWCC) in Saudi Arabia has placed an order with Absolicon for a pilot solar collector field.

The purpose is to evaluate Absolicon’s patented solar concentrator T160 for seawater desalination.

Learn how leading desalination companies are benefiting from solar thermal energy in their production plants:

Download our application brochure by clicking the button below, and contact us for an initial discussion about the opportunities with solar thermal energy and how it could be applied in your plant. 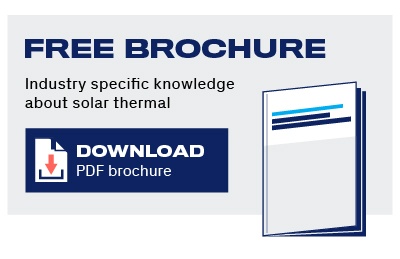 Fill in your e-mail and we’ll keep you updated.

Fill in your e-mail and we’ll keep you updated.

Any cookies that may not be particularly necessary for the website to function and is used specifically to collect user personal data via analytics, ads, other embedded contents are termed as non-necessary cookies. It is mandatory to procure user consent prior to running these cookies on your website.